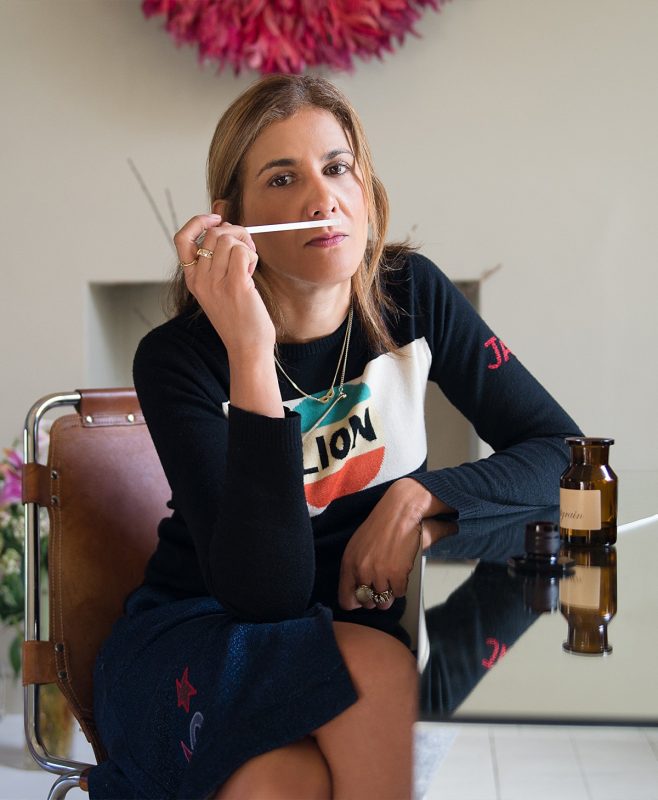 After working with British Fragrance House CPL aromas as Global creative Director for 20 years, Azzi became the Originator and co-founder of the award-winning Agent Provocateur Parfums where she successfully launched the brand in over 60 countries.

Azzi has also collaborated as an ambassador for YSL’s Black Opium Fragrance as well as Giorgio Armani’s Si Parfum.

“After delving into David Linley’s head and encountering the many adventures that tell his story, his warmth and passion tell of the attention to detail of materials and textures, some so dense and warm. contrasting the light through to the heaviness, which becomes timeless.”

“It was almost disconcerting to find that somebody had read me in such a spiritual way.  It was like she’d nailed a part of me through pure osmosis.”